Before I say anything else, I have to say he’s okay. It’s how I start before I tell anyone what happened this past weekend.

On Friday night our youngest, Aidan, was struck by a car when he ran into the road.

He was playing with his sister and friends when they decided to walk down the street to check out a yard sale. It’s on the same side of our road and we have wide streets and sidewalks, so while they should have asked (and didn’t) I wouldn’t have been too worried if they told me they were going to the yard sale. I most likely would have reminded them they needed to ask before they bought something and let them go on their merry way. Our street is a main road in our neighborhood. It has stop signs, but it’s used often and regularly by cars going well over the 25 mph signs that are posted. The road is always busy in the evenings. People cutting through our neighborhood, neighbors going places, and it’s busy. The wide street was narrower due to the yard sale shoppers and traffic was slower than usual.

As the kids were headed down the street (really only 5 houses away) one of Aidan’s friends started to chase him, and he made the decision to run across the road. He then ran down the sidewalk on the other side of the road (his friend still chasing) until he was across from the yard sale. He looked quickly and darted out into the street. My guess is he didn’t process that the car was in motion as he was running and there were many cars parked nearby. His friends and sister screamed for him to stop, but it was too late.

A car coming up the road on the far side (our side of the road) hit him as he crossed. He was hit in the back and tumbled over and over landing on the side of the road near a small strip of grass between he road and the sidewalk.

The driver stopped. She was crying. Everyone nearby stops as witnesses. People called 911. Thankfully, a neighbor who is a nurse was on the scene and able to have him stay put. She rolled him onto his back and held him there and comforted him. My daughter ran to get us. We got to his side as the police pulled up. He was shocked and scared, but there was nothing obvious wrong. No broken bones, no bumps to his head, and no blood. He was alert, awake, and hadn’t lost consciousness. All good signs, but with a blunt injury like that you never know. I was just in shock. I talked to him, comforted him, and talked to the first responders when they asked questions. An ambulance arrived. The EMTs secured his neck with a neck brace and placed him on a backboard before moving him. As someone trained in CPR and First Aid I know this is all standard procedure. A necessary precaution in case of a spinal injury. I’m still not seeing any signs that anything serious happened. I’m hopeful, but cautious. He was HIT by a car after all. We got in the ambulance and he was taken to a nearby hospital that has a trauma center. Sirens on and everything. He was nervous, but talked to the EMTs, made jokes, and seemed more himself. They x-rayed, scanned, and checked him out as soon as we arrived in the Trauma Center. He had a scan-everything ‘looks good’ the PA says. We’ll know more soon, but we think there’s nothing serious according to the trauma surgeon.

We spent about 5 hours there, the last 3 spent in a room waiting while watching History Channel documentaries (mostly about crop circles). Waiting for results, waiting to hear next steps, and finally waiting to have him transported to a local children’s hospital.

There were no obvious injuries and his scans looked clean, but to err on the safe side he was transported by ambulance to A.I.DuPont Children’s Hospital for additional monitoring and a look over by the pediatric trauma surgeons. The trauma doctor said they would likely monitor him overnight because it was a motor vehicle accident. He handled it all fine except the not eating and drinking. It had been hours since he ate. He was thirsty from playing. He was hungry-his last food being lunch at 11:30 AM.

It’s late-10:30pm as we’re loaded into another ambulance. He was transported to A.I. while watching Jurassic Park. We arrived and spent another few hours being examined, watching movies, waiting on them to read his scans, and finally getting approval to remove the neck brace and allow him to finally FINALLY eat and drink in their emergency area. It was 3:00 a.m. at this point. At last we were taken upstairs to have him admitted for the night. I get him settled with some help from the nurse. He turns on a movie he had been watching downstairs (Harry Potter) and it picks up right where he left off. (magic) He falls asleep watching the movie and while he slept in a hospital bed while I took the pullout couch meant for a parent to stay over. I’m woken once by his monitor beeping that his heart rate slowed-he’s asleep. The nurse comes in to push a button and fixes it. We get maybe 3 hours of sleep before we’re woken in the morning by a nurse. We snooze again and wake up when his Dad and sister arrive. In the morning he saw the trauma surgeon and his team who again reiterated how fortunate his was. They check him again one last time, talk to him about the accident, and check him (and us) for PTSD. (we’re low risk apparently) He was discharged around 11am on Saturday after a nice warm shower and a painful few minutes taking the tape off his arm.

Life as it is goes back to ‘normal’ but with a bit of extra rest for him, a nap for me, and some downtime for the whole family for the rest of the weekend. Other than me checking on him and hugging him and us talking about road safety again, and again, and again everything is okay.

He’s sore, but jumping and running, too.

My brain hasn’t had time to think about anything but the moment I’m in.

He’s acting like himself, but checking in when he has pain.

My husband and I are driving slower than ever through the streets. Constantly monitoring cars and pedestrians around us.

I go places and I want to tell everyone I see. They don’t know what I know. What I saw. What could have been.

He’s thankful everyone cares so much. He’s especially grateful for the food people sent.

I want to tell everyone: Slow down. Hold their hands. Make sure they really really understand when you say ‘don’t go into the road.’ Put down your phone. Nothing is more important. NOTHING. 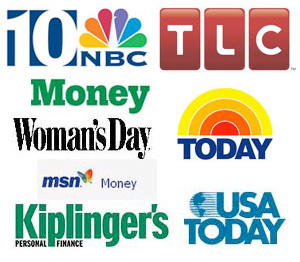